Being Thankful for You

We won’t be together next Thursday for me to express my thanks to each of you personally, but I am truly thankful for you. Everyone who reads this blog. Everyone who reads my posts on Facebook or Twitter. My friends in DFW Writer Collective. Everyone who has ever encouraged me verbally or through a written word. I deeply appreciate each and every one of you, and I pray God’s richest blessings on you.

I posted this image on Facebook a few weeks ago, but it speaks such a powerful truth I haven’t been able to let go of it. 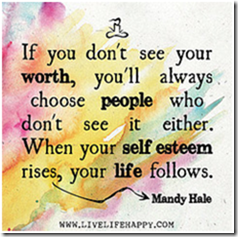 Remember always that you are valuable. So much so that God created you in His own image and after His own likeness, and that He did that because He wants to fellowship with you. Jesus endured being incarnated—becoming one of His own creatures—and allowing Himself to be crucified so that He could rise from the grave and redeem you from the consequences of your sin. That all makes you pretty important. Don’t let anyone tell you otherwise.

I am having surgery on my left shoulder, and I don’t expect to be able to write much for the next little while. I don’t know whether that means for the next couple of weeks or couple of months or what. I just know that surgery on the left shoulder, for a left-hander, is going to be a bit debilitating. I’m not even sure I’ll be able to shave and dress myself normally for awhile, much less pound on a keyboard.

I’m going to try to set up enough blogs ahead of time to cover this period, but I’m not sure how many is enough. I may miss one or two along the way, and I’m sure I’ll miss or be limited on Facebook and Twitter. I also won’t be replying to comments during that time, but please don’t stop making them. I treasure each one of them. Try not to forget me, and I’ll see you as soon as I can. Meanwhile, remember I love each of you.

David N. Walker is a Christian husband, father and grandfather, a grounded pilot and a near-scratch golfer who had to give up the game because of shoulder problems. A graduate of Duke University, he spent 42 years in the health insurance industry, during which time he traveled much of the United States. He started writing about 20 years ago and has been a member and leader in several writers' groups. Christianity 101: The Simplified Christian Life, the devotional Heaven Sent and the novella series, Fancy, are now available in paperback and in Kindle and Nook formats, as well as through Smashwords and Kobo. See information about both of these by clicking "Books" above.
View all posts by David N. Walker →
This entry was posted in Uncategorized and tagged Advice, Authorship, Caring, David N. Walker Christian Author, David N. Walker Historical Fiction Author, Fancy Series, friends, God, Heaven Sent, Jesus, Life, Life experience, Life lessons, Life truths, Life values, People, Personal development, Self-help, Thanksgiving. Bookmark the permalink.

8 Responses to Being Thankful for You