Happy Birthday to a Special Lady

Forty-six years ago today, Jeanne Mathis Johnston, whose name back then was Jeannie Walker, got out of bed about 4 or 5 a.m. and began cleaning house. Strange time to do that, but I thought I knew what was going on.

Sure enough, she told me she was having contractions. They were so mild she wasn’t really certain whether she was in labor or not. Since there didn’t seem to be any big hurry, I waited until about 6 a.m. to call her obstetrician, who told me to go ahead and take her to the hospital.

Back in those days, the fathers weren’t involved much in the delivery process. I was allowed to accompany her to a little room where she would wait until the time came, and then I was ushered out.

A family friend was going to be her nurse-anesthetist, and she told me she would call me in time to get back to the hospital for the birth. I went to work and then met my dad for lunch. He would also be the baby’s pediatrician, so I was pretty sure I’d get the message when the time came.

Sure enough, he received a call before we finished lunch telling him to come on to the hospital. He went wherever doctors go at times like that, and I went to the fathers’ waiting room. As I said, fathers didn’t have much to do with childbirth back then.

I probably hadn’t been there more then 20 or 30 minutes when Dr. Savage, the obstetrician, came to the door and called my name. He told me I had a healthy baby girl.

Oddly, I’d never considered having a girl. Jeannie and I both talked about nothing but a boy throughout her pregnancy, but the moment those words came out of the doctor’s mouth I knew that a baby girl was what I’d always wanted. Don’t ask me how such things happen. I don’t know, but I can remember the feeling as if it were yesterday.

The first time I held my daughter and she wrapped her tiny fingers around mine, she and I both knew I belonged to her. As she grew up, she never tried to take unfair advantage of the fact she had me wrapped around her finger, so I was content to let it continue.

When mama and baby came home, my mother-in-law came to stay with us to help out, but when I got up for the 2 a.m. feeding (yes, in those days we fed babies on a schedule), she decided she wasn’t needed at night. Actually, I think I hurt her feelings a little bit, but this was my time with my daughter. Jeannie nursed her, so she got to do the rest of the feedings. This one was mine, and I didn’t share.

I’d heard horror stories about the terrible twos, about teenagers, and other such things, but I didn’t believe it had to be that way. As she grew up, I can honestly say there was never a time—she never went through an age or a stage—when I didn’t thoroughly enjoy her.

Due to her mother’s and my divorce, I wasn’t always able to be the father I’d like to have been, but there was never a day when either of us doubted our love for each other. Whether it was sitting on the hall floor rolling a ball back and forth or picking out a wedding dress, we’ve always had good times together. Well, there was one Christmas when I wanted to buy her a dress and she wanted a disco outfit instead, but we won’t go there.

On this 46th anniversary of that special day, I want to wish my daughter Lynn Walker Heatherly a Happy Birthday. I love you, sweetie.

I was going to embarrass her with a baby or toddler photo, but none of them are in my computer, so here’s one of her as an adult. She was dressed to accompany her husband Gary to a U.S. Navy ball. By the way, she gets her good looks and figure from her mother. 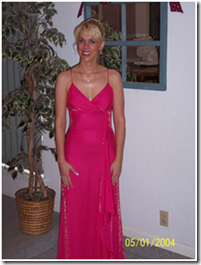 What do you remember about the birth of a daughter or son or brother or sister?

David N. Walker is a Christian husband, father and grandfather, a grounded pilot and a near-scratch golfer who had to give up the game because of shoulder problems. A graduate of Duke University, he spent 42 years in the health insurance industry, during which time he traveled much of the United States. He started writing about 20 years ago and has been a member and leader in several writers' groups. Christianity 101: The Simplified Christian Life, the devotional Heaven Sent and the novella series, Fancy, are now available in paperback and in Kindle and Nook formats, as well as through Smashwords and Kobo. See information about both of these by clicking "Books" above.
View all posts by David N. Walker →
This entry was posted in Uncategorized and tagged Advice, Authorship, Caring, David N. Walker Christian Author, David N. Walker Historical Fiction Author, Fancy Series, friends, Heaven Sent, Life, Life experience, Life lessons, Life truths, Life values, People, Personal development, Self-help. Bookmark the permalink.

20 Responses to Happy Birthday to a Special Lady