If you see a dropdown menu offering books by someone named David Walker, it’s not authorized, and those are not my books. I’m trying to find out how to get rid of the dropdown. My apologies in the meantime.

Today, I’m doing a blog swap with Kevin Mark Smith, a Christian writer and attorney. You can find my piece at his site: www.kevinmarksmith.com. Here’s Kevin:

Before I went to law school I sold pediatric vaccines. As a Christian, I believed that all life is sacred and I saw my job as playing a role in helping keep babies healthy and safe. I also attended a church that was very active in the pro-life movement. In the midst of this time, I let it slip in one of my doctor’s offices (a pediatrician) that I was active in these protests. A nurse in that office seemed shocked at my admission. She responded by telling me she had seen abused children who would have been better off had they been aborted. The conversation didn’t last long. I left with my sample case and cried, partly for the children, but mostly for this woman.

I sat in my car after that sales call and thought about her comment. A pediatric nurse, committed to caring for children, believed death before life was best. Shouldn’t the child be the one to make that choice? What about those destined for difficult lives? Would they necessarily think it’s better to die before they ever lived? Then the revelation came to me to write a story from the perspective of one of these aborted children. Aborted: A story of hope and destiny presents this unique perspective on abortion. The aborted child gets to see his life as it would have been, a difficult and challenging one. Will he choose life? Or will he choose to go straight to Heaven and live with Jesus in paradise from the get go?

Then the idea for Chronicles of Life occurred to me. What’s next after Aborted ends? Does it pick up where the protagonist in Aborted steps into Heaven, or is there more to Robert Allen Baxter’s life than just those haunting memories? Does God see more to his destiny than just showing a child what he will miss? Or is there a higher purpose? Broken: A story of hope and forgiveness answers these questions, but goes deeper. It explores the impact of the sinner’s actions on the lives of others, as well as how God can use even the most horrendous acts to accomplish a greater good. 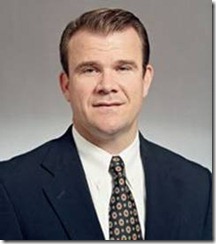 Kevin Mark Smith attended Regent University School of Law from 1996-1999, where he served on Law Review and clerked with the American Center for Law and Justice. He is an allied attorney with the Alliance Defending Freedom and an evangelical criminal defense and family law attorney. When not zealously defending his clients he does pro bono legal work for religious organizations, writes novels and articles for Christian publications, and spends his spare time with his wife and three daughters.

David N. Walker is a Christian husband, father and grandfather, a grounded pilot and a near-scratch golfer who had to give up the game because of shoulder problems. A graduate of Duke University, he spent 42 years in the health insurance industry, during which time he traveled much of the United States. He started writing about 20 years ago and has been a member and leader in several writers' groups. Christianity 101: The Simplified Christian Life, the devotional Heaven Sent and the novella series, Fancy, are now available in paperback and in Kindle and Nook formats, as well as through Smashwords and Kobo. See information about both of these by clicking "Books" above.
View all posts by David N. Walker →
This entry was posted in Freestyle Friday and tagged Advice, Authorship, David N. Walker author, Life, Life experience, Life lessons, Life truths, Life values, Personal development, Self-help. Bookmark the permalink.
%d bloggers like this: