When I bought my 2009 Ford Escape, it came with a free six-month subscription to Sirius Satellite Radio. I’d heard a friend rave about it, so I was tickled to have a free opportunity to try it. The idea of having a station I could get all over the country without having to change stations—and commercial-free to boot—was a dream come true.

It didn’t take me long to find The Roadhouse, which plays classic country. That means basically from 1980 and earlier, although they do occasionally play something newer. For an old fart like me, that was perfect. For some reason the name of the station has changed to Willie’s Roadhouse. I don’t know why, but I suppose some money changed hands somewhere along the way.

One recent morning I thought I’d died and gone to heaven. I had it on intermittently as I ran a few errands, probably not over thirty minutes altogether, but I heard five—count ’em—five big-time country stars singing what I consider to be their signature hits.

Johnny Cash came on first. This was by no means among his first hits, but I’ve always thought “Folsom Prison Blues” sorta defined him and his career. 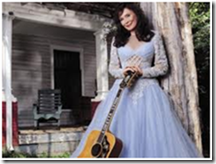 Next came Loretta Lynn. Like Cash, she’d been a big star for years before singing this one, but no song has ever been such a huge part of a singer’s identity as “Coal Miner’s Daughter.” Of course, that was the name of her biography, both book and movie.

Whispering Bill Anderson came on next. Can anyone hear the beautiful “Still” without thinking of him? I can’t. 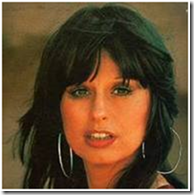 The last one is probably slightly less known than the others. And she may be better known as Waylon Jennings’s wife than as a singer in her own right, but Jessi Colter has a beautiful voice. She and Waylon collaborated on a fusion of Hank Thompson’s “Wild Side of Life” and “It Wasn’t God Who Made Honky-Tonk Angels”—Kitty Wells’s answer to Thompson’s song. But the haunting “I’m Not Lisa” will always be Jessi’s identity to me. It was her breakthrough song, reaching number one on country charts and number 4 on pop charts in 1975.

You don’t even have to be a country music fan to enjoy songs like these. They’re just plain good music. And five different stars singing their signature hits in one brief morning of listening was way beyond expectation.

David N. Walker is a Christian father and grandfather, a grounded pilot and a near-scratch golfer who had to give up the game because of shoulder problems. A graduate of Duke University, he spent 42 years as a health insurance agent. Most of that career was spent in Texas, but for a few years he traveled many other states. He started writing about 20 years ago, and has six unpublished novels to use as primers on how NOT to write fiction. He has just e-pubbed his devotional, Heaven Sent: 67 Stories of Godly Thoughts and Inspiration (http://www.amazon.com/dp/B008CRL82M). His new fiction work—a series of novellas set during the period from 1860 to 1880 is underway. The first one is in the editing process, and he’s currently writing the second one.

David N. Walker is a Christian husband, father and grandfather, a grounded pilot and a near-scratch golfer who had to give up the game because of shoulder problems. A graduate of Duke University, he spent 42 years in the health insurance industry, during which time he traveled much of the United States. He started writing about 20 years ago and has been a member and leader in several writers' groups. Christianity 101: The Simplified Christian Life, the devotional Heaven Sent and the novella series, Fancy, are now available in paperback and in Kindle and Nook formats, as well as through Smashwords and Kobo. See information about both of these by clicking "Books" above.
View all posts by David N. Walker →
This entry was posted in Archives and tagged classic country radio, David N. Walker author, Jessi Colter, Jessi Colter's I'm Not Lisa, Johnny Cash, Johnny Cash's Folsom Prison Blues, Loretta Lynn's Coal Miner's Daughter, Sirius Satellite Radio, Tennessee Ernie Ford, Tennessee Ernie Ford's Sixteen Tons, Waylon Jennings, Whispering Bill Anderson, Whispering Bill Anderson's Still. Bookmark the permalink.