Sermon on the Mount Beatitudes Summary

Now that we’ve been through verses 3 through 10 of Matthew 5, commonly called the Beatitudes, let’s step back and take another look. We’ve been looking at the trees; now let’s take a look at the forest.

11 “Blessed are you when people insult you and persecute you, and falsely say all kinds of evil against you because of Me. 12 “Rejoice and be glad, for your reward in heaven is great; for in the same way they persecuted the prophets who were before you.

My late business partner was a gifted teacher of the word. I don’t think I’ve ever known anyone who had the depth of understanding of God’s word and His ways that Rex had. However, like the rest of us, he was not infallible. He taught verses 11 and 12 as a ninth Beatitude, but I’m not at all sure he was right about that.

In his book, Studies in the Sermon on the Mount, published by William B. Eerdman’s Publishing Company, D. Martin Lloyd-Jones includes a chapter entitled “Rejoicing in Tribulation.” He states that verses 11 and 12 are an extension of verse 10. They amplify that verse, but they do more than that.

These two verses, according to Lloyd-Jones, extend verse 10 to the disciples and apply that verse very specifically to them. Verses 3 through 10 apply to all Christians, but these last two verses were added for the benefit of the men He spoke them to. He was issuing a warning about what they could expect for the rest of their lives, but He was also showing them how they would benefit from going through their persecution.

In one way, you could say this warning applies to all Christians. We all suffer some degree of persecution, but for most of us it is slight. I’m sure there are people who look at my blog, read one of my Monday posts, and decide they are not interested in what I have to say. To that extent, I could say I’m persecuted because of Him.

But I’ve never been stoned or nailed to a cross or beaten or otherwise physically abused for my Christianity. That’s why I don’t consider these last two verses a part of the Beatitudes. The disciples were all either exiled or killed for their belief in Jesus. They are the audience to which these verses were addressed.

There are people around the world, even today, being killed or imprisoned or otherwise cruelly punished for their belief in Jesus. These also, in my opinion, come under the promise of these verses. But I don’t think they apply universally to all Christians in the same way the preceding eight verses do. Therefore, I don’t consider them to be a part of the Beatitudes.

The Beatitudes encapsulate Christians in general. If we are to grew in our walks with Him, if we are to become more Christ-like, we MUST be poor in spirit. We must mourn, be gentle, and have all the other characteristics enumerated in those eight verses. But we don’t all have to suffer as the disciples did. If we are truly mature in our walks, we will be willing to suffer, but God does not call every one of us to do so.

What do you think about including these last two verses as Beatitudes?

How have you been persecuted?

What overall comments do you have about this series on the Beatitudes?

I love hearing from you. 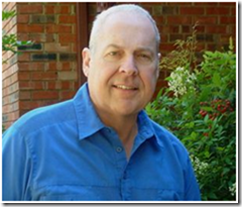 David N. Walker is a Christian father and grandfather, a grounded pilot and a near-scratch golfer who had to give up the game because of shoulder problems. A graduate of Duke University, he spent 42 years as a health insurance agent. Most of that career was spent in Texas, but for a few years he traveled many other states. He started writing about 20 years ago, and has six unpublished novels to use as primers on how NOT to write fiction. He is currently putting the finishing touches on his non-fiction Heaven Sent: 67 Stories of Godly Wisdom and Inspiration and starting his new fiction work—a series of novellas set during the period from 1860 to 1880.

David N. Walker is a Christian husband, father and grandfather, a grounded pilot and a near-scratch golfer who had to give up the game because of shoulder problems. A graduate of Duke University, he spent 42 years in the health insurance industry, during which time he traveled much of the United States. He started writing about 20 years ago and has been a member and leader in several writers' groups. Christianity 101: The Simplified Christian Life, the devotional Heaven Sent and the novella series, Fancy, are now available in paperback and in Kindle and Nook formats, as well as through Smashwords and Kobo. See information about both of these by clicking "Books" above.
View all posts by David N. Walker →
This entry was posted in Archives and tagged blessed, Blog, Christian, Commentary on Matthew 5, D. Martin Lloyd-Jones, Duke University, Godly Wisdom, Jesus Sermon on the Mount, Rejoicing in Tribulation. Bookmark the permalink.

5 Responses to Sermon on the Mount Beatitudes Summary