An email I received this week talked about an auction of paraphernalia having to do with Roy Rogers and Dale Evans. Reading through it took my mind back to the days of my childhood when these two were major heroes to all us kids.

One of the things I’ve had the hardest time with in writing fiction is the concept of having flawed characters. This is not how it was in my youth. Here are some of the heroes of television and movies from those days: 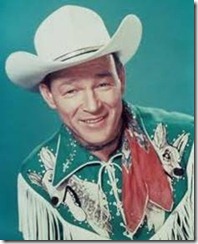 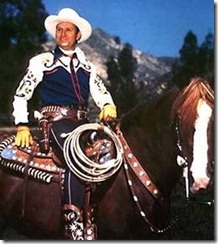 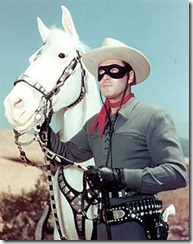 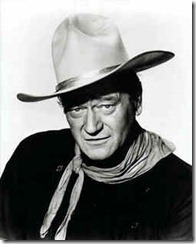 The good guys (almost) always wore white hats, and the bad guys usually wore black hats. This was far more than just a way of telling one character from another.

The heroes (protagonists) were GOOD guys, and the villains (antagonists) were BAD guys. The good guys weren’t Jesus, of course. They weren’t perfect, but they were good guys. Writers and directors didn’t try to show faults and frailties in the heroes of the books and movies and television shows of the fifties and earlier. They just showed what made them heroes.

By the same token, they didn’t spend their time and energy trying to show us how much good there was in the bad guys. They just let them be bad.

I know. That’s unrealistic. Every writing group or conference or lecture I’ve ever attended has stressed that making characters black or white oversimplifies them and makes them boring. In the real world, good guys have flaws, and bad guys have some good traits, and that’s what the industry demands of writers.

Okay, I understand that. As difficult as it’s been for me to make that transition in thought, I realize that’s what sells books and movies. But do I have to like it?

The kids of my generation were exhorted to goodness by our heroes. We weren’t confused by flaws in the characters we adored. And this sent us a powerful message. The movies we saw and books we read held out goodness as a desirable quality for us to strive for. We believed there was such a quality as good in the world, and it was presented to us in such a way as to cause us to want it for ourselves.

At the same time, we were turned off by bad guys. Nobody wanted to be a pure, black-hearted villain. We weren’t in confusion about that.

If this all seems silly and pointless to you, let me point out that back then we weren’t constantly straining taxpayers in order to build new prisons. Nobody in my high school even knew anyone who smoked marijuana, much less harder drugs. We knew the difference between good and evil. Were we perfect? No. But we all wanted to be found on the side of good rather evil.

Alas, that’s a bygone world. We won’t see it again, either in literature or in real life. I’ll continue building flaws into my characters—but I don’t have to like it. I can yearn for days gone by.

Every Wednesday and Friday one of our Life List Club members posts a blog on the LLC Website. Today, LLC co-founder Marcia Richards will post on that site. 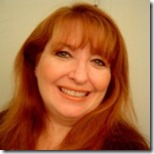 David N. Walker is a Christian father and grandfather, a grounded pilot and a near-scratch golfer who had to give up the game because of shoulder problems. A graduate of Duke University, he spent 42 years as a health insurance agent. Most of that career was spent in Texas, but for a few years he traveled many other states. He started writing about 20 years ago, and has six unpublished novels to use as primers on how NOT to write fiction. He is currently putting the finishing touches on his non-fiction Web Wisdom: Godly Thoughts and Inspiration from the Inbox and starting his new fiction work—a series of novellas set during the period from 1860 to 1880.

David N. Walker is a Christian husband, father and grandfather, a grounded pilot and a near-scratch golfer who had to give up the game because of shoulder problems. A graduate of Duke University, he spent 42 years in the health insurance industry, during which time he traveled much of the United States. He started writing about 20 years ago and has been a member and leader in several writers' groups. Christianity 101: The Simplified Christian Life, the devotional Heaven Sent and the novella series, Fancy, are now available in paperback and in Kindle and Nook formats, as well as through Smashwords and Kobo. See information about both of these by clicking "Books" above.
View all posts by David N. Walker →
This entry was posted in Archives and tagged Blog, Christian, Dale Evans, David N. Walker author, Duke University, Facebook, Gene Autry, Jesus, John Wayne, Life List Club, Lone Ranger, Marcia Richards, Pat Buttram, Roy Rogers Twitter. Bookmark the permalink.