Vacations Not From Hell

My friend Renee Schuls-Jacobson has posted a couple of recent pieces about her family’s vacation from hell. I think just about everybody reads Renee, so you probably already know about her travails.

Reading her posts got me to thinking about vacations I’ve taken through the years and how blessed I’ve been. I can’t recall a single vacation I’ve ever taken that I would rate as bad.

Sure, there have been bad things about many—if not all—of them, but the good always outweighed the bad. Of course, I’ve never seen a half-empty glass, either.

Sharon’s and my vacation to Alaska a few years ago is a good example of a nice one with some bad things happening. It was our introduction to Holland America, which we both quickly came to love.

We were only on the Zaandam for three nights, disembarking in Skagway on the fourth morning to begin our land tour, but we fell in love with the company and the ship. We’ve also cruised on Celebrity and Royal Caribbean, and have nothing really bad to say about either of them, but there was just something special about Holland America.

They started off by giving us a free upgrade from an outside cabin to a verandah suite. What’s to complain about there? Unlike other ships we’ve been on with regular theater seating for their shows, the Zaandam (don’t know about other HA ships) has comfortable living room-type chairs with little tables to put drinks on.

Of course, all cruise ships are noted for the food. There was always something available to eat, and it was easy to find something good.

The big intangible, however, was the people. From the captain down to the lowest paid cleaning people, everyone seemed genuinely interested in making our stay with them better.

This attitude wasn’t limited to the shipboard personnel, either. Our bus drivers, land tour director and employees at the various hotels Holland America provided were all very attentive also.

Downsides? Sure there were a couple. For one thing, having to have luggage out in the hall ready to be picked up and stowed on the bus by 6am got a little old. Still, it beat having to lug it around ourselves.

The worst thing about this vacation was the weather, which Holland America, obviously, had no control over. Being cheapskates, we had selected the next-to-last date of the season for our trip in order to get cheaper prices. We left home in late August and arrived in Skagway in the middle of one of the most unseasonable heat waves anyone there could remember.

The company hotels in Skagway, Whitehorse, Dawson and Tok were not air conditioned. They probably rarely ever needed such a feature up there. That week they did, though. We went to bed each night with the temperatures still in the nineties and no air coming in through the one window in each room.

As uncomfortable as that was, it couldn’t take away from the grandeur of the scenery we saw along the way. If you’ve never taken the White Pass railroad up the canyon from Skagway or the riverboat trip down the Yukon from Dawson to Eagle, Alaska, you wouldn’t believe the beauty. You just have to experience it for yourself.

No, I can’t call this the vacation from hell—even with the early morning luggage pick-ups and the heat and the world’s most inedible box lunch on the bus trip in Denali. I still have to say I’ve never had a bad vacation.

Every Wednesday and Friday one of our Life List Club members posts a blog on the LLC Website. Today, Sherrry Isaac, will post on that site. 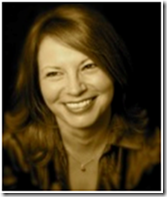 avid N. Walker is a Christian father and grandfather, a grounded pilot and a near-scratch golfer who had to give up the game because of shoulder problems. A graduate of Duke University, he spent 42 years as a health insurance agent. Most of that career was spent in Texas, but for a few years he traveled many other states. He started writing about 20 years ago, and has six unpublished novels to use as primers on how NOT to write fiction. He is currently putting the finishing touches on his non-fiction Web Wisdom: Godly Thoughts and Inspiration from the Inbox and starting his new fiction work—a series of novellas set during the period from 1860 to 1880.

David N. Walker is a Christian husband, father and grandfather, a grounded pilot and a near-scratch golfer who had to give up the game because of shoulder problems. A graduate of Duke University, he spent 42 years in the health insurance industry, during which time he traveled much of the United States. He started writing about 20 years ago and has been a member and leader in several writers' groups. Christianity 101: The Simplified Christian Life, the devotional Heaven Sent and the novella series, Fancy, are now available in paperback and in Kindle and Nook formats, as well as through Smashwords and Kobo. See information about both of these by clicking "Books" above.
View all posts by David N. Walker →
This entry was posted in Archives and tagged Blog, Celebrity Cruises, Christian, David N. Walker author, Denali National Park, Duke University, Eagle Alaska, Facebook, Holland America Line, Jess Witkins, Life List Club, Renee Schuls-Jacobson, Royal Caribbean Cruises, Sherry Isaac, Skagway Alaska, Tok Alaska, Twitter. Bookmark the permalink.

4 Responses to Vacations Not From Hell